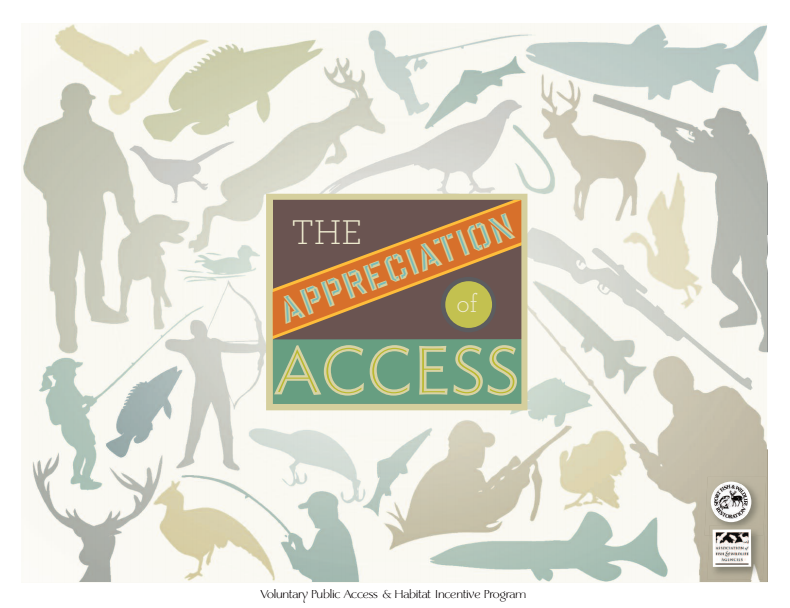 The 2008 Farm Bill included a new provision called the “Voluntary Public Access and Habitat Incentive Program” (VPA program) formerly known as the “Open Fields” legislation.  The goal of the VPA program is to encourage private landowners to voluntarily open their land for public access for the purpose of wildlife dependent recreation, including hunting, fishing, and other non-consumptive activities.

In 2010, prior to the implementation of the VPA program, a number of states administered public access programs of various forms which support landowners who chose to allow access to their land for the general public.  These programs provide direct support in the form of monetary incentives as well non-monetary incentives such as habitat enhancement and liability protection.  And, all of these programs support the local economies dependent upon wildlife recreation and foster conservation.  However, the current level of resources, such as labor, time, and finances, limit the scope and longevity of many of these existing programs as well as the creation of new public access programs.

The overarching objective of the VPA program investments is to help states boost existing access programs and to help states implement new programs that increase public access to private lands.  As such, proposed utilization of funds includes augmenting existing lease payments or initiating a lease payment structure, providing technical services to landowners for habitat conservation, as well as increasing the number of acres available for public access across the nation.  Funds were authorized at $50 million for 2009-2012, but award and distribution were delayed until 2010-2011…..