Economic Contributions of Hunting-Related Tourism in Eastern and Southern Africa 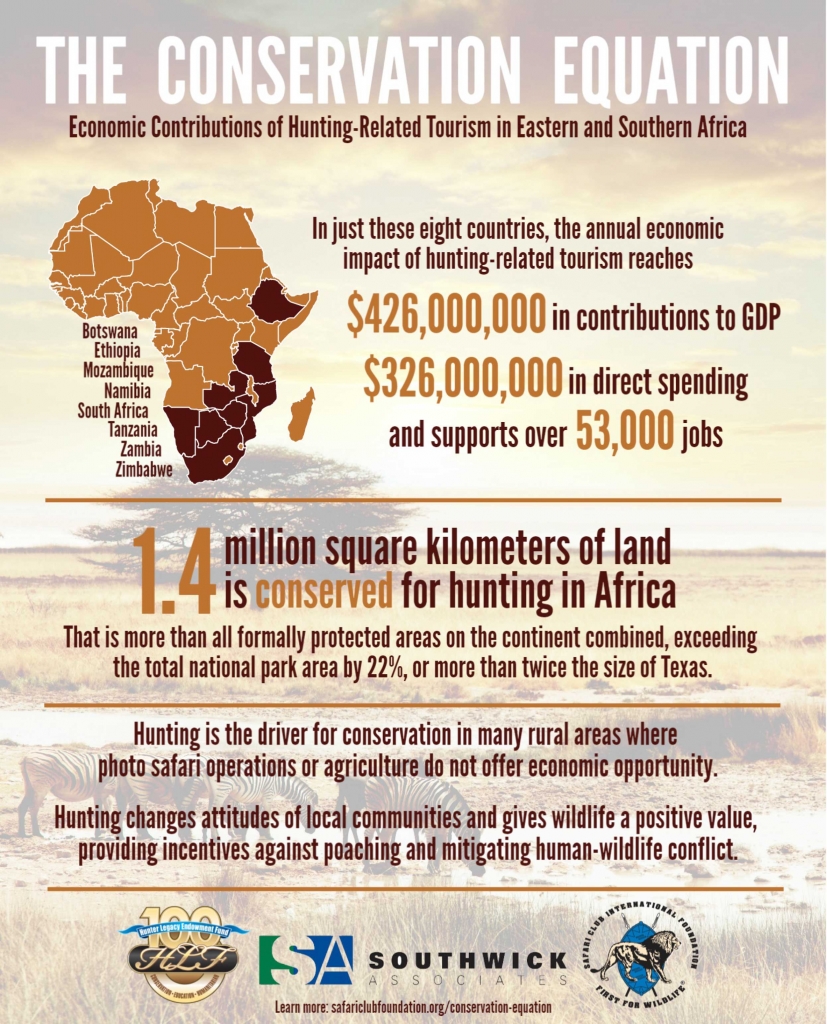 SCI Foundation has commissioned a report, produced by Southwick Associates, on the economic contribution of hunting in Sub-Saharan Africa.  This report investigates the extent of hunters’ annual spending and the resulting economic contributions within an eight-country study area from 2012 to 2014.  Results show that hunting contributes $426 million to the GDP of these African economies every year, hunters directly spend $326 million annually, and the industry supports over 53,400 jobs.