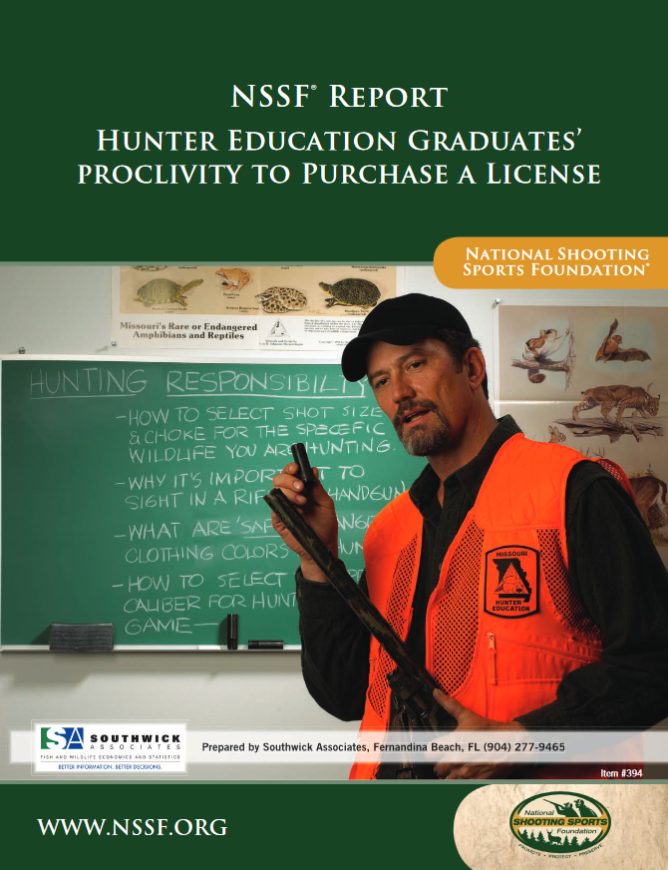 The purpose of this study was to identify the percentage of hunter education graduates who purchase a license after completing their training, and how often they continue to purchase in subsequent years. The results are intended to help the hunting community understand if and where intervention efforts may be needed to maintain hunting participation among newer hunters.

Twelve state wildlife agencies participated in this project based on their willingness and ability to share hunter education and license sales data. The analysis consisted of profiling the hunter

education class of 2006 and their subsequent license buying habits over the following six years (2006 to 2011). This was done by first examining each state’s 2006 hunter education graduate database, then cross-matching each graduate’s record to the state’s license sales database. By comparing the two databases, trends and profiles were developed. Results for each state are presented within this report. Major highlights observed across all states include: