The Farm Bill pays landowners to voluntary open their lands for public recreation. As shown in this recent work conducted by Southwick Associates for the Association of Fish and Wildlife Agencies, these investments are generating significantly higher returns as measured in jobs, tax revenues and other economic contributions. 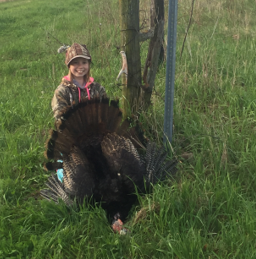 The flexible, federal Voluntary Public Access and Habitat Incentive Program (VPA-HIP), which is adapted to local conditions and opportunities by state wildlife agencies, has enrolled over one thousand landowners and opened more than a million acres of land and water to public recreation.

Access to quality lands for hunting, fishing and other outdoor recreation is one of the greatest challenges facing sportsmen today. Beginning with the 2008 Farm Bill, the VPA-HIP encourages landowners with incentives to open their land to the public for recreation purposes—primarily hunting and fishing. The program was originally designed to augment state-run public access programs, many of which suffered due to insufficient funding. And while there have been some stops and starts over time, the program is still alive and well, and in fact, recently received an extension and increase thanks partly to Southwick Associates’ economic research into the benefits produced by the program.

How much of an increase? VPA-HIP funding grew by a hefty 25 percent during the latest round of congressional approvals.

“Our work with the Association of Fish and Wildlife Agencies to document the economic returns from VPA-HIP investments helped policymakers understand how dollars on the ground boosted local, rural economies,” says Rob Southwick, President of Southwick Associates. “Funding for the program was actually under the gun at one point before being restored, with reasoning based on the program’s effectiveness in supporting agricultural landowners.”

How the Program Works

The beauty of the VPA-HIP is that, unlike many federal programs with rigid guidelines that don’t consider regional differences or demands, this one can be tailored to the specific needs of a region or area. Incentives offered to landowners can include lease payments, technical services for habitat enhancement and legal protection against landowner liability, among others. In exchange, the landowners open their lands to public access, providing additional resources for hunters and even anglers to enjoy, and helping local businesses along the way.

Fifty million dollars were originally authorized for the VPA-HIP program to be paid out over four years (2008-2012). However, funding was delayed until late in the 2010-2012 fiscal years, and then due to legislative action was cancelled for the 2012 fiscal year, bringing the program to a premature close. After a hiatus in 2014-15, grant funds were awarded under the program to 21 states and one tribal nation – in part due to economic information about the program’s effectiveness – and has continued since then with new awards.

What Are the Program Benefits?

Southwick Associates quantified the economic returns from investments in 14 participating states, focusing on the number of acres newly opened over a two-year period (2016 & 2017).  In 2016, 676 landowners and 608,000 acres were enrolled, and more than 32,000 recreational users accessed these newly opened lands. Their spending generated more than $32.3 million in new economic activity and created 276 jobs. In 2017, another 499 landowners were enrolled and opened an additional 443,000 acres to public access. Twenty-three thousand sportsmen spent more than one hundred thousand days enjoying these enrolled acres, and their spending generated more than $16.6 million in economic activity and 141 jobs. For both years combined, the program enabled more than 1,100 landowners to enroll and open more than 1.05 million acres to public access, supporting $48.9 million in economic activity in rural and agricultural communities and 417 jobs.

For more details on the program as a whole or to see how specific states benefitted from VPA-HIP, get the AFWA and Southwick Associates’ report “Assessing the Economic Benefits of the Voluntary Public Access and Habitat Incentive Program (VPA-HIP)” at https://www.southwickassociates.com/benefits-of-the-voluntary-public-access-habitat-incentive-program/