February 28, 2013 – Top Fishing Equipment Brands for 2012 – Southwick Associates’ AnglerSurvey.com announced the brands and products anglers purchased most frequently in 2012. This list has been compiled from the 15,819 internet-based surveys completed by anglers who volunteered to participate last year in AnglerSurvey.com polls.

February 27, 2013 – Top Hunting and Shooting Equipment Brands for 2012 – Southwick Associates has announced the brands hunters and shooters purchased most frequently in 2012. This list has been compiled from the 35,081 internet-based surveys completed by hunters and target shooters who volunteered to participate last year in HunterSurvey.com and ShooterSurvey.com polls. In 2012, top brands included:

January 10, 2013 – New Report Highlights Recreational Fishing’s Broad Economic and Conservation Impact – Recreational fishing is more than just a pleasant getaway for millions of Americans. As an industry, it provides a living for countless people in businesses ranging from fishing tackle and boating manufacturing to travel and hospitality to publications, magazines and much more. As reported in Sportfishing in America: An Economic Force for Conservation, a new fishing statistics report produced by the American Sportfishing Association (ASA), the trade association that represents the sportfishing industry, the number of anglers increased 11 percent over the past five years and fishing tackle sales grew more than 16 percent. When expenditures are multiplied by our nation’s 60 million anglers, their dollars have a significant impact on our nation’s economy.

Give Your Business a Competitive Edge in 2013: Meet with Southwick Associates at the SHOT Show Jan. 15-18 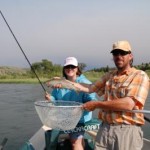 January 3, 2013 – Online Sporting License Sales Grow – In this modern age of digital merchandising and convenient shopping on the web, an growing number of sportsmen are purchasing their licenses online. According to HunterSurvey.com and AnglerSurvey.com, in 2012, the number of hunters and anglers purchasing licenses through a state agency or third-party website grew by 35 percent and 13 percent respectively since 2009. Today, 28 percent of all hunters and 29 percent of all anglers surveyed report buying licenses online.

“Made in U.S.A.” Makes a Difference to Sportsmen, but Price Still a Big Factor

December 5, 2012 – “Made in U.S.A.” Makes a Difference to Sportsmen, but Price Still a Big Factor – When HunterSurvey.com and AnglerSurvey.com sought to determine how much weight the “Made in U.S.A.” tag carried with sportsmen when making purchases of outdoor equipment, they found most respondents agreed that U.S.-made products were of better quality and it was important to buy them. They also discovered there is only but so much most hunters and anglers are willing to pay for that label. 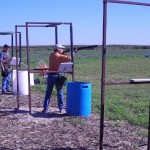 Oct 22 2012 – Shooting Ranges and Sporting Clays Clubs Increases Over Previous Year – A recent survey of more than 5,000 shooting enthusiasts conducted on ShooterSurvey.com discovered approximately one third 32 percent of active shooters respondents claim membership at a shooting range or sporting clays club, a six percent increase over the previous year’s survey results. While the growth is encouraging, the news many clubs might want to focus on are the reasons why 68 percent of surveyed shooters say they still aren’t members. Top reasons for..

Read more →
Back to Top
Sign up for newsletter