Welcome to the Southwick Associates July 2012 newsletter focusing on the economics, business and statistics of fish and wildlife and their associated outdoor recreation. 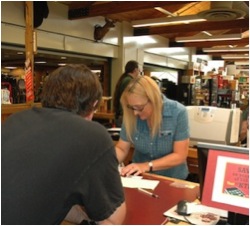 Under a pilot program funded by NationalShooting Sports Foundation (NSSF) grants and launched by the Florida Fish and Wildlife Conservation Commission (FWC), the agency used an e-marketing campaign to boost hunting license sales by 4.2 percent. It was one of the largest increases demonstrated in test promotions funded by the NSSF in 2011. The organization awarded more than $4.7 million to state agencies as part of its Hunting Heritage Partnership grant program. Florida received $16,922 from the NSSF for its pilot program and worked with Southwick Associates to tailor the e-marketing campaigns to obtain the best results.

The campaigns combined messages sent on email, as well as social media outlets Facebook and Twitter. The campaign ultimately motivated 6,391 people to buy a license. At $17 for a basic hunting license, the effort generated at least $108,600 in new revenue and based on the fact that the average hunter spends $1,880 a year, may have produced an economic multiplier effect of $12 million in new sales for businesses that serve the state’s hunters.

Southwick Associates Media Monitor: Which Media are Most Popular Among Sportsmen 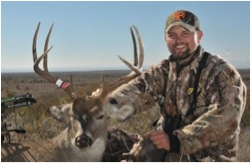 Sportsmen today have more avenues than ever to learn about and be entertained by tales of hunting and fishing adventure thanks to dozens of national magazine titles, more than 100 outdoor television shows and countless websites, blogs and even social media. With so much media competing for hunters’ and anglers’ attention, which ones are doing the best at winning the battle among the outdoor class? Now, thanks to the quarterly Southwick Associates Media Monitor (SAMM), publishers, producers and most importantly, advertisers looking to decide where best to spend promotional dollars, can cut through marketing hype and find out who is really being most watched and read.

In the first quarterly report of 2012, the top three magazines among hunters and shooters were the same with Field & Stream, North American Hunter and the NRA’s American Hunter magazines all earning the first through third rankings respectively. Meanwhile, Ted Nugent Spirit of the Wild, Bone Collector and Realtree Outdoors were favorites among both hunters and shooters with Bone Collector edging out Realtree for the second spot among hunters and the positions reversed among shooters. North American Hunting Club’s website huntingclub.com was the most visited site by survey respondents.

On the fishing front, Field & Stream, Bassmaster and North American Fisherman made up the top three magazines among anglers, while the top three TV programs were Bassmasters, Bill Dance Outdoors and Bassmaster Classic. B.A.S.S.’s bassmaster.com and bassresource.com were the most visited fishing websites.

Find out the complete list of what magazines, programs and websites finished where by subscribing to the SAMM.

For SAMM reports or for subscription pricing and information, email John Depalma. 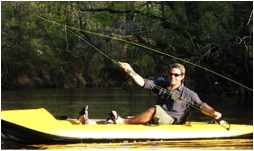 You know what you like to use, but have you ever wonder which brand of rod or bait, tackle box or fishing line or other fishing products are among the favorites of other anglers across the country? Each year, Southwick Associates finds out the answers to just those questions by surveying sportsmen across the country. The answers are telling and are especially helpful to businesses that make and sell products for our anglers.

Results are compiled into a 150-page market report that details consumer behavior including what products and brands are purchased, where they are bought, how much anglers spend and the complete demographics of freshwater and saltwater anglers broken out by product category. The report also includes details on how many days anglers spend on the water and what type of fishing they most enjoy. Business leaders or owners interested in guiding their companies to better profitability can keep abreast of consumer purchasing decisions and market trends by purchasing an annual subscription to Southwick Associates’ monthly AnglerSurvey.com reports.

Highlights of the year-end summary for 2011 reveal: 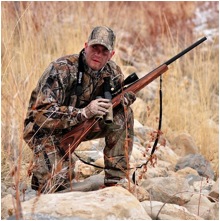 Like the year-end summary of top fishing products, Southwick Associates compiles totals from their monthly HunterSurvey.com and ShooterSurvey.com reports as well sharing insight on the most purchased brands of the past year. Following are just some of the top hunting brands of 2011:

View the full press release and get information on how to purchase a subscription to monthly HunterSurvey.com and ShooterSurvey.com reports. 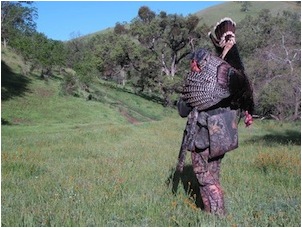 Finding access to quality hunting lands and fishing waters is one of the biggest challenges facing today’s sportsman. In response to this concern, the Voluntary Public Access and Habitat Incentive Program (VPA-HIP), part of the 2008 Farm Bill, provided funding to states and tribes to bolster new and existing programs designed to offer incentives to landowners who opened their properties to hunting, fishing and other wildlife-dependent recreation. Some of those incentives included lease payments, technical services for habitat enhancement and legal protection against landowner liability.

Fifty million dollars were authorized for the VPA-HIP program to be paid out over four years (2008-2012). However, funding was delayed until late in the 2010 fiscal year, and then, due to legislative action, was cancelled for the 2012 fiscal year, bringing the program to a premature close. Nevertheless, the short time funding was put to work, Southwick Associates, working for the Association of Fish & Wildlife Agencies, was able to measure the economic and recreational benefits created by the grant funded state public access programs in 13 of the 17 states that received funding that first year. Ultimately 26 states and one tribal government would receive funding under VPA-HIP. The findings reveal a program that despite its premature demise, produced amazing results in the states where efforts could be measured, and holds great promise if ever reauthorized by Congress.

Nature Can Be More Valuable When Left in Place 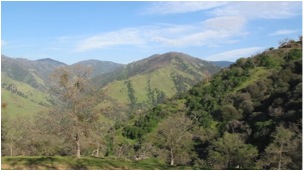 A study Southwick Associates recently conducted on behalf of Sportsmen for Responsible Energy Development received attention in the Denver Post, underscoring the value of conserving natural places verses the extraction of natural resources from those wild areas. The issue is particularly important in the West where vast tracts of public land provide both recreational space and an irresistible source for resource extraction such as mining, logging and drilling for oil and gas.

Denver Post writer Scott Willoughby underscores the report’s bottom line: “The U.S. needs raw materials and the jobs supported by their extraction…but don’t overlook the contribution of jobs and steady economic growth that depend on fish, wildlife and natural scenic qualities in the same places.”

Highlights of the report include:

Read the article at our webpage or visit the Sportsmen For Responsible Energy Development website to read the full report.

Next in Upcoming Issues:

Southwick Associates, Inc. specializes in natural resource & environmental economic, business and statistical research.  Our staff is comprised of economic, business and statistics professionals throughout the U.S. who have in-depth experience measuring the values, benefits and revenues possible from fish, wildlife, and water-related natural resources plus their associated industries.  We can help clients better address many business, legal, legislative and public communication issues through the practical application of reliable and accurate economic information and statistics.