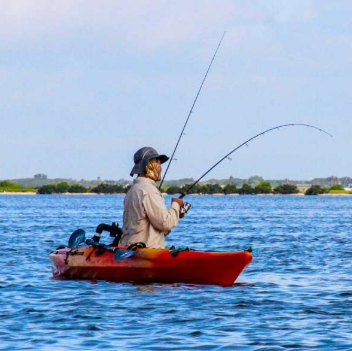 The American Sportfishing Association (ASA) teamed up with Southwick Associates to create the 2019 Economic Contributions of Recreational Fishing: U.S. Congressional Districts, which updates the 2016 version. This also includes a new series of one-page infographics, which clearly illustrate recreational fishing’s economic impact on all 435 Congressional districts and the 50 states.

“For Members of Congress, identifying jobs and economic impacts in their districts is always a prime concern,” said ASA’s Government Affairs Vice President, Mike Leonard. “By identifying recreational fishing’s economic impact at the Congressional district level, we can clearly show Members of Congress that recreational fishing in their district or state is a tremendous economic driver and job creator.”

The report and infographics use macro data from the 2016 U.S. Fish and Wildlife Services’ National Survey of Fishing, Hunting and Wildlife-Associated Recreation, which is condensed into ASA’s Sportfishing in America report. The study used mapping and population software to hone in on smaller geographic areas in a way that is particularly relevant to members of the U.S. House of Representatives.

Recreational fishing is the foundation of an industry that involves not just the manufacturing, sale or provision of tackle and other fishing gear, but also includes services such as boat builders, hotels, restaurants and many more.

Leonard concluded, “With so many new lawmakers in office, it’s critically important that we provide accurate, detailed information to new, and veteran, decision-makers on the tremendous value that recreational fishing provides to the nation.”

The report and Congressional district infographics are available on the ASA website under Facts & Figures.