For decades, the sportfishing, shooting sports and general outdoor recreation industries had to work for attention. Gaining support for industry initiatives and priorities was a challenge, especially when competing for attention versus industries recognized and reported in official government statistics. Things are changing, however. In 2018, the U.S. Bureau of Economic Analysis (BEA) began reporting outdoor recreation, such as sportfishing, hunting, target shooting and boating, among the lists of other activities it tracks, giving outdoor recreation a major boost when national priorities are discussed. 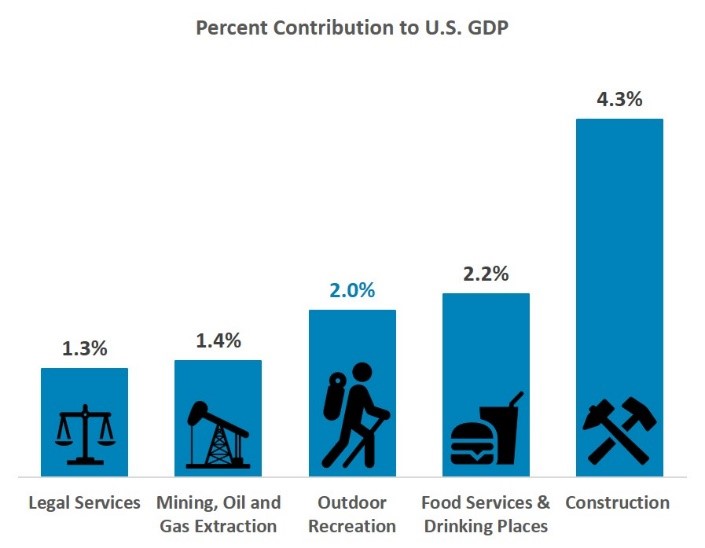 It is important to note that many expenditures made for outdoor recreation are not included in the BEA’s estimates. While activities such as guided fishing trips are including in the sportfishing industry’s size estimates, these are already reported in the BEA’s separate travel and tourism statistics. These are left out of the outdoor recreation statistics to prevent double counting. Along with imported products and the separation of motorized vehicles from their applied uses (hunting, fishing, etc.), such exclusions help to keep the BEA’s estimates lower than size estimates reported by individual outdoor industries. Only the mark-ups applied to imported products within the U.S. are included by BEA. With the BEA still examining improvements based on public comments, adjustments to these exclusions are possible in the near future.

Looking at the details, fishing/boating and hunting/shooting/trapping are part of the top three largest sales drivers among conventional recreation: 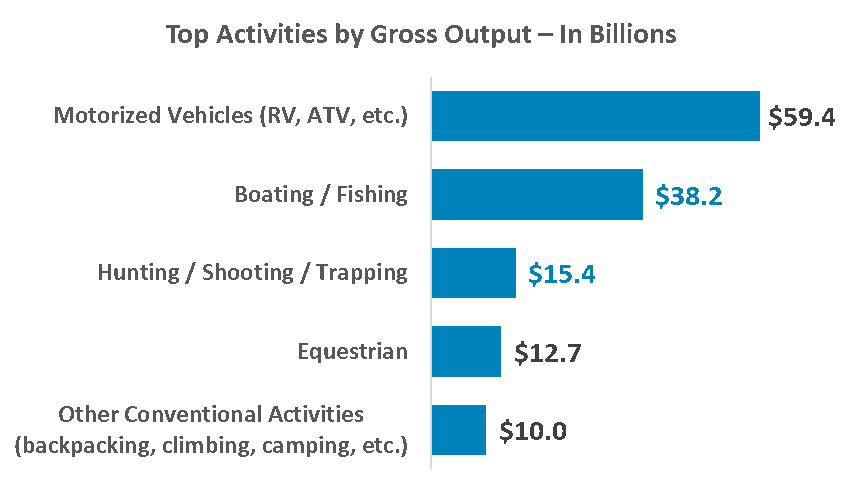 The BEA’s new satellite account also shows how outdoor recreation supports other industries, and vice versa. For example, retail trade, accommodation and food services, and manufacturing industries were the largest contributors, representing half of all outdoor recreation’s economic output: 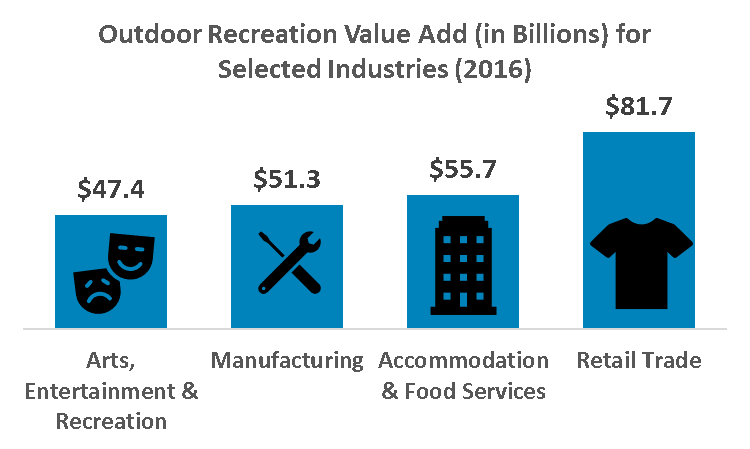 The BEA’s new pilot account for outdoor recreation is a big boost for outdoor businesses. The results will help decision makers keep outdoor recreation top-of-mind when allocating scarce budget dollars and more. In addition, outdoor recreation will be on equal footing with other critical industries when national priorities are set and when regulations are debated. Without a doubt, with the new BEA numbers, the outdoor trades now stand a bit stronger in defending and expanding U.S. recreational opportunities.