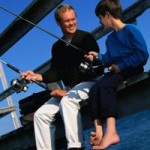 August 28, 2012 – Economy, Recruitment Programs Lead to Growth in Hunting, Fishing Participation – When the U.S. Fish & Wildlife Service (USFWS) recently reported the number of hunters grew by nine percent since 2006 and the number of anglers grew by 11 percent in that same time frame, sportsmen and the sporting industry were thrilled. The numbers, which are preliminary results released as the initial look into the USFWS’s 2011 National Survey of Fishing, Hunting and Wildlife-Associated Recreation, reversed what had been dropping participation levels in fishing over the past 10 years and indicated the first jump in hunter numbers in more than two decades.

AMERICA’S GREAT OUTDOORS: Reversing Decades of Decline, the Number of Hunters and Anglers is on the Rise 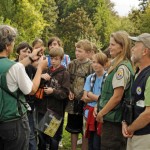 August 15, 2012 – US Fish and Wildlife Services – Highlighting the reversal of decades of declining numbers, Secretary of the Interior Ken Salazar today announced the results of a comprehensive national survey of outdoor recreation showing a significant increase in hunters and a double-digit increase in anglers over the past five years. 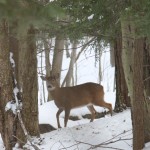 July 25, 2012 – In the world of hunting, the whitetail is king, with roughly three-quarters of all U.S. hunters—more than 10 million men and women—traveling into our country’s woods and fields each fall in pursuit of deer. For businesses and organizations focused on serving this audience, understanding where they spend their money and what they actually buy is critical. Manufacturers, retailers, marketers, outfitters and even gas stations and hotels can improve profitability if they can pinpoint hunters’ buying habits.

July 23, 2012 – Southwick Associates, the recognized leader in the field of fish and wildlife statistics and economics for over 20 years, announces a new partnership with outdoor industry veteran John DePalma and his branding and marketing company, Brand Intelligent. The partnership will place DePalma as lead sales representative of Southwick’s market leading product offerings.

July 2012 – Welcome to the Southwick Associates newsletter focusing on the economics, business and statistics of fish and wildlife and their associated outdoor recreation. In this issue –E-Marketing Effective in Boosting Hunting & Fishing License Sales, –Southwick Associates Media Monitor: What Media is Most Popular Among Sportsmen, –Top Fishing Brands of 2011, –Top Hunting Brands of 2011, –Nature Can Be More Valuable Than Natural Resources, –VPA-HIP: Short-Lived Farm Bill Program Proved Successful. 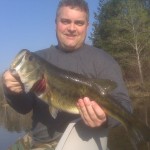 July 5 2012 – Bass Angler Buying Habits and Media Preferences Revealed; The Southwick Bass Angler Report Now Available –
With 26 million recreational anglers working the rivers, lakes and oceans each year, fishing is big business in America. Bass fishing remains one of the largest segments of this lucrative market with 11 million dedicated enthusiasts. For businesses and organizations focused on serving this audience, understanding where they spend their money and what they actually buy is critical. Manufacturers, retailers, marketers, outfitters and even gas stations and hotels can improve profitability if they can pinpoint anglers’ buying habits

Nearly a Quarter of Hunters Lost Access to Land in the Past Year, Issue Remains a Chief Concern Facing Sportsmen 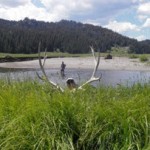 June 19, 2012 – Nearly a Quarter of Hunters Lost Access to Land in the Past Year, Issue Remains a Chief Concern Facing Sportsmen – When asked in a HunterSurvey.com poll if access to any of the places they tried to hunt in the past year had been restricted or placed off limits to them, nearly 23 percent of hunters said it had. When compared to the previous year’s results to the same question, hunters who lost land access grew by less than one percent, a statistically insignificant bump, but their numbers still reveal that nearly one in four sportsmen nationwide are potentially affected by losing access to available hunting land. 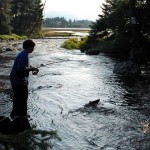 April 24, 2012 – Most Anglers Not Deterred by Lost Access But Still A Long Term Problem – One in five anglers surveyed by AnglerSurvey.com reported having to cancel or quit fishing a particular location last year because they had lost access to a favorite fishing spot. While most were able to shift their fishing to a different location, about a third of the affected anglers – or seven percent of all survey respondents – said it caused them to quit fishing altogether. 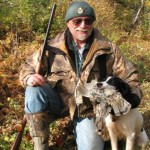 April 8, 2012 – Hunting – Then and Now – 2012 Marks 75 Years of Federal Aid in Wildlife Restoration Program Success – This year marks the 75th anniversary of the passage of the landmark Pittman-Robertson (also known as Federal Aid in Wildlife Restoration) Act, which directs excise taxes collected on the sale of firearms and ammunition to be used exclusively by state wildlife agencies for improving wildlife populations, hunter education and public access to the outdoors. The benefits of this program to state agencies, sportsmen, sporting goods retailers and manufacturers and anyone who enjoys and appreciates wildlife and the outdoors have been abundant since its creation.

Read more →
Back to Top
Sign up for newsletter